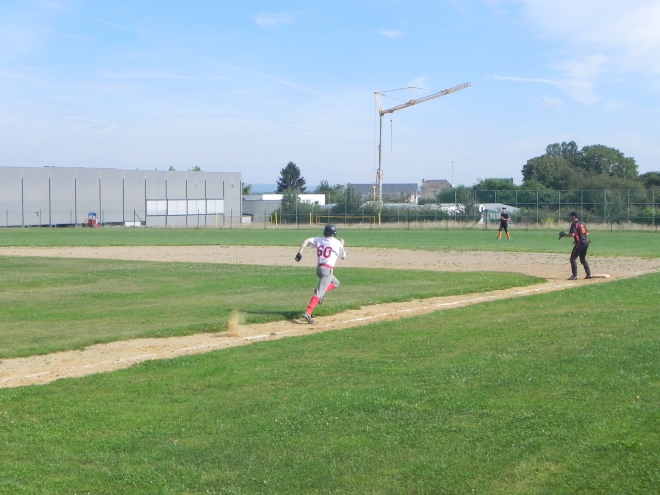 The Red Sappers displayed a nice hitting all afternoon roughing up gomes in the first game over 5 innings and geisbusch in the second game. Gomes did surrender two home runs in the first game, one to Pena and another one to Fermin. R. Offensive contributions for the Red Sappers came from everywhere, Fisch went 6-7 in both games, Scheulen has proven that he is one of the best hitters of the team, the rookies have improved a lot and could be a key factor for this year finals. Fermin pitched the first 3 innings and Eich pitched the other two innings. Eich showed that he has a lot of control in his pitches and coach Strock hopes to use him in the finals. The game ended after 5 innings due to the mercy rule of a 15 run difference. (German Championship)

In the second game Pena had 11 Strike outs in 5 innings! He didn't allow the Diekirch offense to do any damage. Gomes the Phoenix coach surprised the red sappers hitters when he chose to let Geisbusch pitch. Nobody had ever faced Geisbusch before, after a 1-2-3 first inning the Red Sappers settled and started to hit against him. After 5 innings the score was 12-1 and the game also ended due to mercy rule (10 run difference luxembourgish championship)