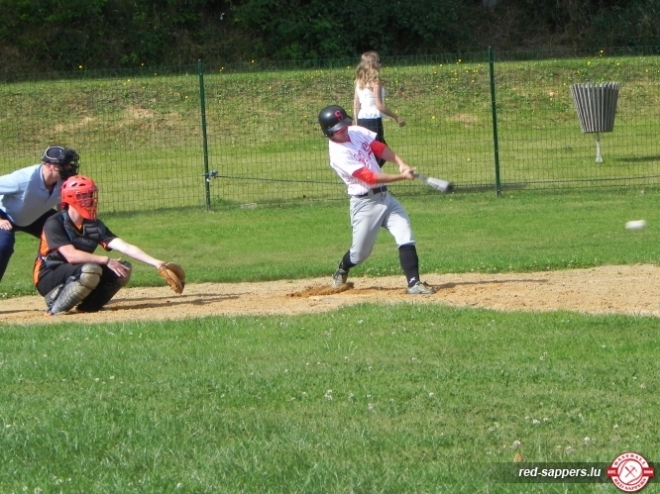 The Red Sappers will kick off their 2013 campaign this sunday at 2 pm in Beckerich against Saarlouis Hornets 2. Eager to start the season, the expectations will be high on a team that hasn't changed much. The team can look forward to continuity as manager Strock will go into his 3rd season at the helm. He can count on his assistant Fisch who has been there since the beginning.

Both are happy to see that most of the players stayed with the club and worked a lot during the winter. In their eyes the most important time of the year is the winter, players can improve their stamina and their techniques in that time.

Manager Strock's opinion: "The focus has been put on our defense and pitching in the off season and I think all the work is gonna pay off. The message was very clear after the finals, our defense needed to improve. So we worked hard on it. How well we will do has to be seen on the field"

He can count on the return of Nickels and the arrival of 3 very experienced players. Maricak is a Croatian who has played baseball all his life and also was coaching a team in Croatia. Alvarez and Cormona are both Dominicans who both showed in recent games that they can play at all the positions on the field giving Manager Strock a lot more options on the field.

He also believes he can give his brother Strock C., Schneider and Nickels several starts as pitcher, giving Pena more rest and keeping his arm fresh throughout the season. Pena has pitched very well for the Sappers but they absolutely need a deeper rotation as Pena is only allowed to pitch 3 innings in Germany making Luxembourgish pitchers so much more important to develop.