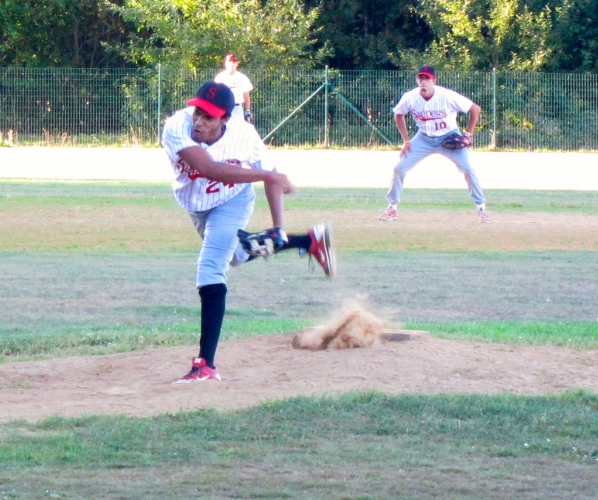 Pena was almost unhittable on the mound, getting ahead of hitters and spotting his fastball and breaking ball in the zone. He retired the first 6 batters he faced. At the top of the third the leadoff batter reached base on a dropped third strike but phoenix would strand that runner. Pena would finish the game allowing 1 run, 2 hits and 1 walk while striking out 6 over 6 innings!

The sappers would score 10 runs which proved to be enough run support for Pena. Pena and Valenzuela also added solo home runs.

The sappers need to win saturday against diekirch in order to have home field advantage for the finals and to determine their opponent for the finals. In case of a win it would be beckerich.