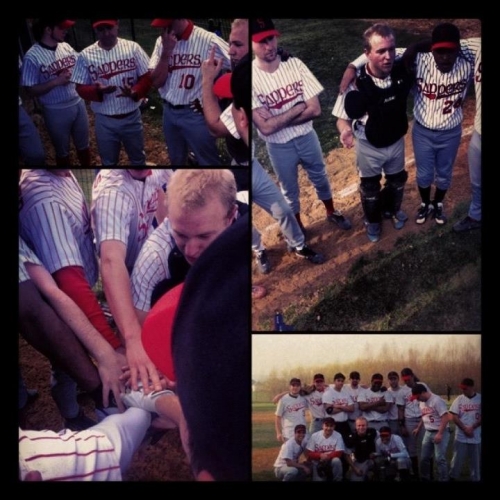 The Red Sappers 2 also lost their final game of the season yesterday in Beckerich vs Diekirch. The Red Sappers 2 have lost all of their games in their first season but those games always proved that those playing in the second team have a lot of potential.

If they keep their motivation they could very well be players in the first team. To begin the game coach Fisch sent Strock C. to the mound who is showing that he is constantly improving. He allowed 7 runs over 4 innings and had a few strikeouts. He had to leave the game when he lost his control in the bottom of the 5th inning.

Offensively everybody contributed, Roderes got on base thrice with a fielding error, one hit by pitch and a walk. He also scored his first run of his career. Kutzner had a three run home run as he was the designated hitter of the team. Coach Fisch can be proud of his team as they also played quite well in the field. He said to the team to keep their focus, keep working hard and in the end they will succeed.