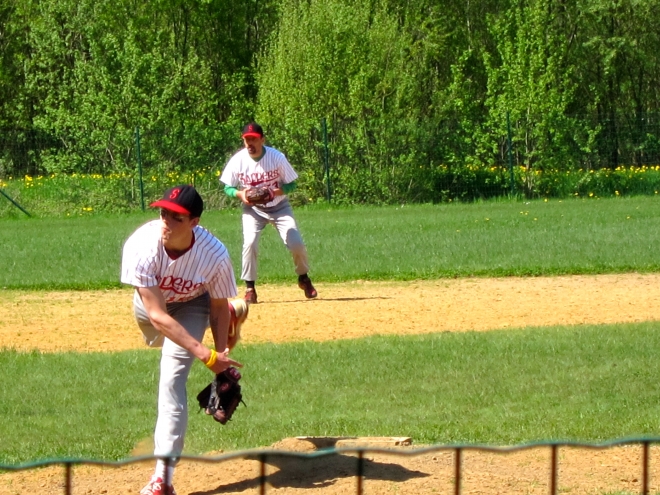 The Red Sappers won this saturday afternoon their 4th game in as many games. They remain unbeaten in the SWBSV Landesliga while beating Diekirch Phoenix 18-7 after 7 innings.

The game didn't start so well as the Phoenix jumped to an early 5-1 lead but the Red Sappers would come back thanks to the aforementioned grand slam by Nickels and his pitching which was dominant as he allowed 2 runs over 4 innings and 1/3rd. Nickels was the story of the game as he did it defensively as well as offensively, going 3-5 with 2 Home Runs and 6 RBI's.

The Sappers hope that they can keep going like this! Go Sapp's Go!

Next game: Red Sappers @ St. Ingbert at 2pm at the Wallerfeld!