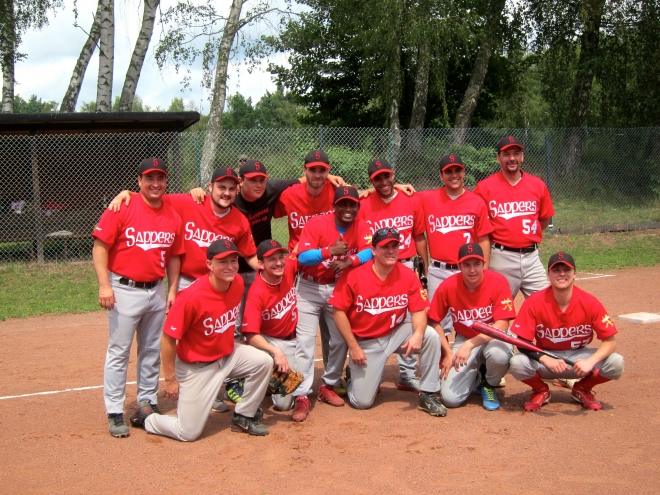 The first game was one sided and ended after 5 innings. Göring, starting pitcher for the bears threw a perfect game (no hits, no walks, no errors) while striking out 8 sappers. That win actually officialised that the bears are champions of the verbandsliga. We congratulate them for their great season. Defensively and offensively they are better than any other team.

In the second game pena would allow a 2 run home run at the bottom of the first inning but at top of the second inning the sappers would score 4 runs including a 3 run home run by drauth. His first of his career. He had a career game going 2-5 and 5 rbi's. His progress has been obvious!

The sappers didn't give away the lead until the bottom of the 7th, the score was 12-8 but the bears would tie the game. The bears would finally walk off after 9 innings.

The sappers were really close to beating the bears but unfortunately it wouldn't happen.

The sappers got swept by the bears on the season.

Halley, a dominican born player, who joined the team this week celebrated his debut for the team. He is a very versatile player who can play most of the positions on the field. We welcome him to the team.

Now the sappers have to regroup in order to be ready for september, as they have 8 more games in germany to play.